In 2006 the owner of Midnight DJ’s created the very first open style photo booth in Melbourne.

However, as they have been in the entertainment industry for many years offering great entertainment through there sound and lighting they knew the photo booth will be a great add on or a stand alone winner. However, they knew the traditional enclosed booth that you squeeze in wouldn’t cut it. They wanted everyone at any type of event to use and enjoy the photo booth. As us humans come in different sizes and height the answer was…

Having the open style photo booth meant that now instead of having only 2-4 head shots now this book can take over 20 people having fun with even there full body shots. You can customise the back drop curtain to any colour and over all it just would give the night that magic touch of the ultimate fun.

The booth is mobile and can go anywhere from, reception centres to boat cruisers. they have offered there services all around the Australian stated. Until today there is still something special about guests at a party standing in front of the booth, putting on some crazy props and posing for the camera. What’s even more exciting is watching the huge smile on peoples faces during the photo shoot and even more after they receive there photos within a few seconds later. It’s really magic. 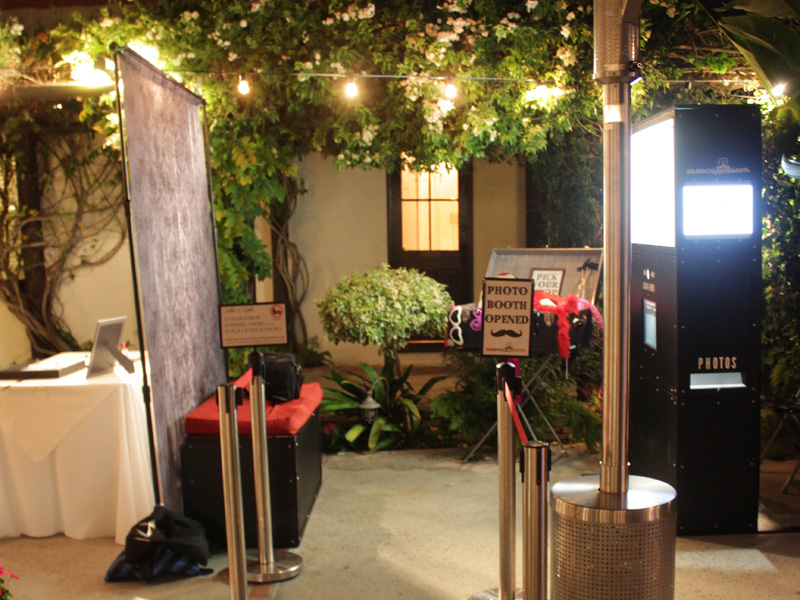 Two types of guest books… A standard guest book or a leather look Bridal Guest Photo Album. As two copies print out – one is stuck int he album and yoru guest to write their best wishes next to it. Coloured pens and glue sticks are provided

One of the best things your guests will love is putting some crazy props on them that will bring lots of laughter… a large variety of props are provided. However, if you have a themed party or you you would like to bring your own no problem at all!

Light up each photo with your choice of backdrop colour. A variety of colours to choose from or they can customise one specially for you. Add s few other things to give it that personal touch